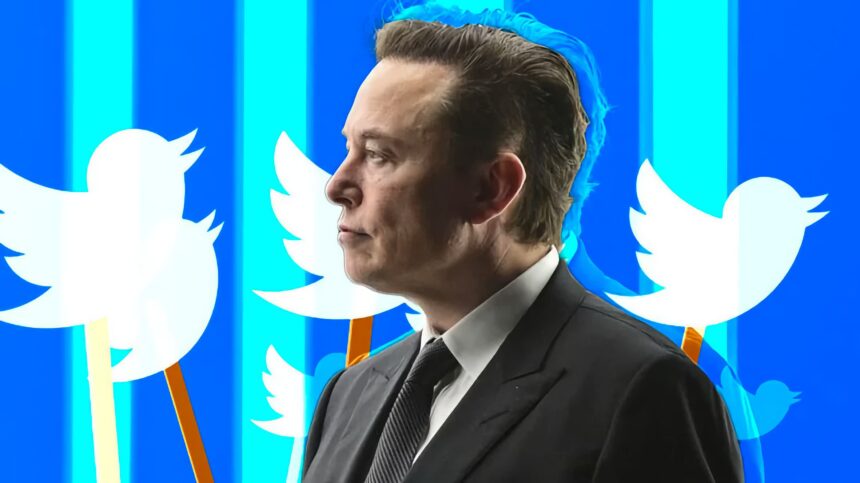 Elon Musk publicly fires his employee, Eric Frohnoefer on his platform for condemning his recent tweet.  Musk’s recent tweet on the slow service of Twitter for several countries said that his app is doing 1000 times more poorly due to batch RPCs.

Twitter developer Frohnhoefer gets publicly fired from his position online, on Twitter after he crossed Elon Musk’s word. Frohnhoefer claimed to have worked on Twitter for Android for years as opposed to what Musk complained about online. A user tagged the newest owner of Twitter as a subtweet, asking him why he has someone who has ‘that kind of attitude’ on his developers’ team. To which Musk replied with two simple but effective words, ‘he’s fired. This is how the conversation went in Elon’s tweets, retweets and comments. 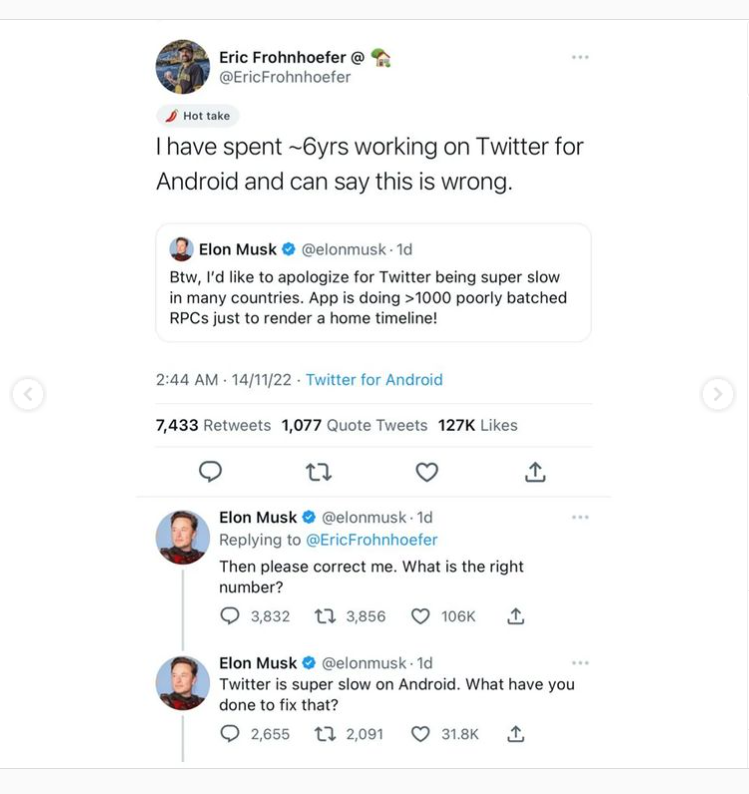 The whole ordeal started when Eric retweeted- “I have spent 6 years working on Twitter for Android and can say this is wrong.” to Musk’s – “Btw, I’ll like to apologize for Twitter being super slow in many countries. The app is doing >1000 poorly batched RPCs to render a home timeline!”

To this ordeal, Musk commented, “The please correct me. What is the right number?” He also has gone on to comment that, “Twitter is super slow on Android. What have you done to fix that?”

One user of Twitter who is a is a developer for over 20 years commented with their opinion. “I have been a developer for 20 years. And I can tell you that as the domain expert here you should inform your boss privately.” He went on to say, “Trying to one him up in public while he is trying to learn and be helpful makes you look like a spiteful self-serving dev.” 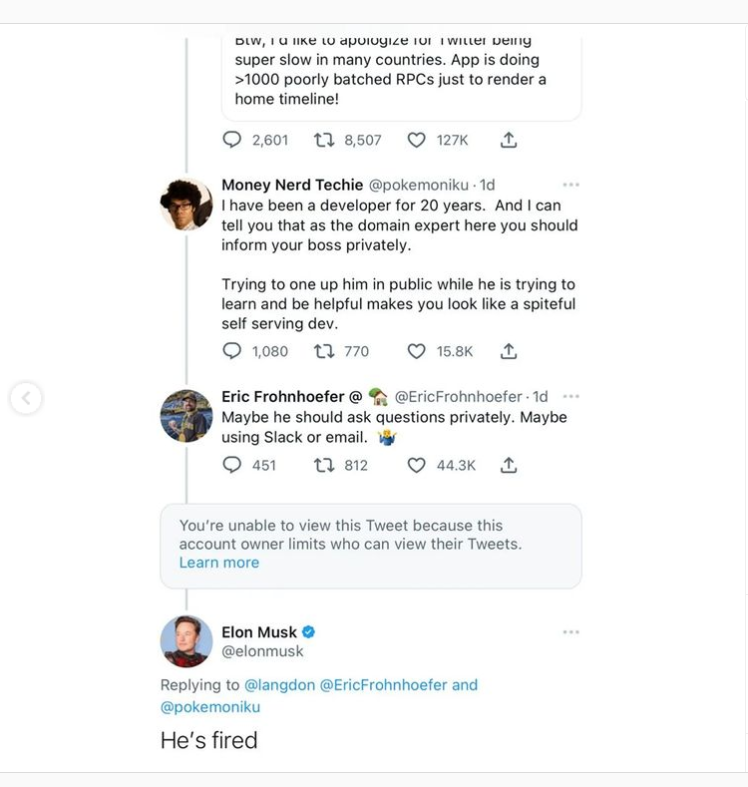 As a reply to the above comment, Eric replied with a curt “Maybe he should ask questions privately. Maybe using Slack or email.” After a few antagonising long minutes, Musk commented on the whole post with a “he’s fired”, and limited the number of people who could view the tweet, stopping any direct way of talking about this ordeal on his page.

This topic is still being sipped like hot tea with people being both for and against Musk’s seemingly cold dismissal. What are your thoughts on this?