Uber is experimenting with a new feature that charges riders lower fares in exchange for a shorter waiting time. Quartz found a tweet from an Uber employee that showed a picture of the new feature, showing the users the fare lowered by how long they will have to wait for a ride. The tweet has since been deleted after articles were published about the new feature, and an Uber spokesperson had confirmed the existence of the feature.

Uber employees at Los Angeles and San Francisco are currently the only ones who have access to the new feature. “Affordability is a top reason riders choose shared rides, and we’re internally experimenting with a way to save money in exchange for a later pickup,” an Uber spokesperson told Quartz.

The screenshot posted below was taken from the article from Quartz. 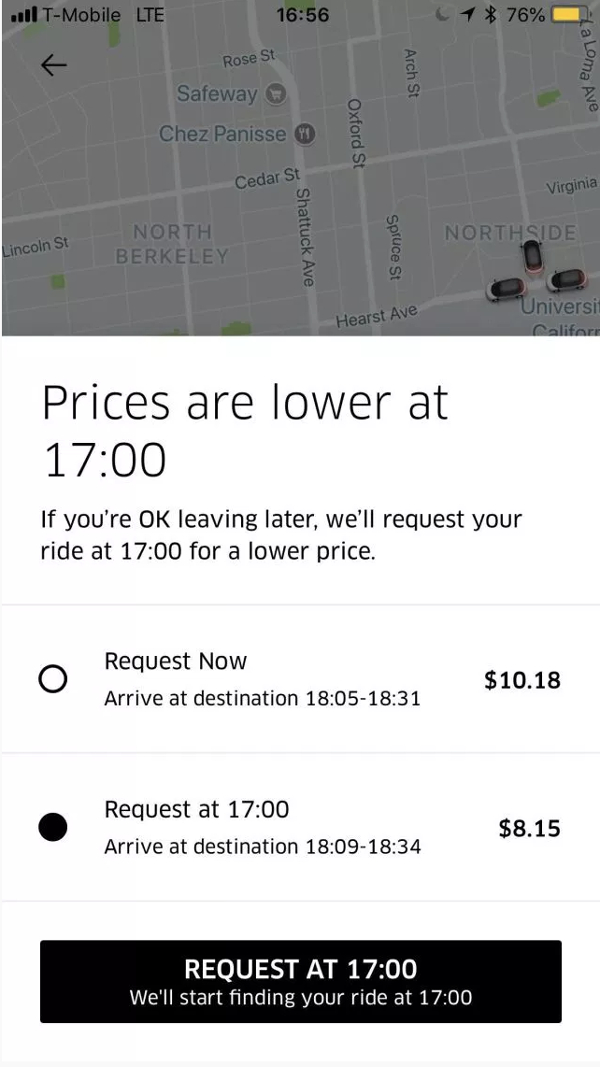