Amazon has just filed a patent for a drone that can understand and respond to humans waving and shouting at it. The “unmanned aerial vehicle” includes a sensor that can receive human gestures and a propulsion device that adjusts the behavior of the vehicle accordingly. The patent, published last Tuesday, includes some very weird but funny illustrations of the human examples. 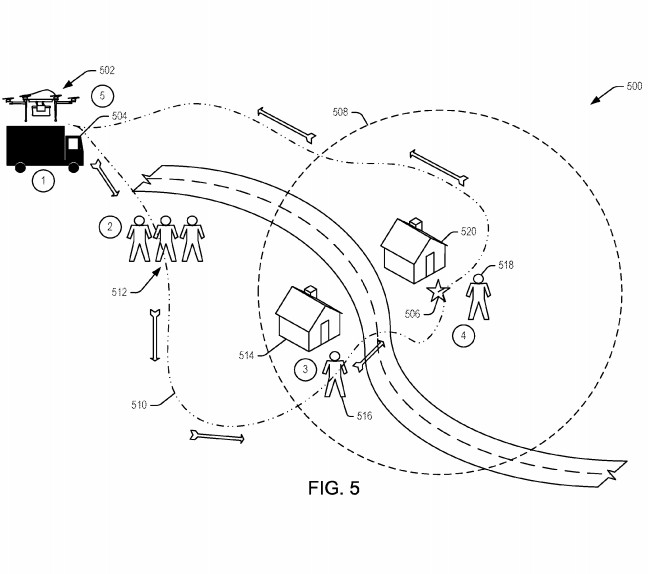 First spotted by GeekWire, the illustration presented demonstrates a drone flying from a delivery truck, and being guided to its destination by assistance of “visual cues, voice commands, and gestures from humans to establish and maintain its flight path”. The delivery drone can also remember past interactions with humans and add more reactions and gestures to its database.

Most patents filed by tech companies almost always never come to fruition, but we’re definitely curious to see how this would come out if Amazon launched and used it for deliveries.

GoPro is licensing their tech to third-party companies

Lenovo’s upcoming smart clock will have a Google...

Qualcomm is making a new VR headset that...

Lexar launches a new flash drive that has...