According to a new report, Facebook plans to make its feed more like TikTok. It’ll be done in order to compete with what has become the social media giant’s biggest threat to its bottom line. As a result, Facebook executives are completely rethinking the feed. This means that users will see more Reels, even from people they don’t follow. This is similar to how Facebook began to imitate Snapchat as the latter grew rapidly, but the stakes may be higher this time.

Employees at Facebook were recently given a new directive with far-reaching implications: make the app’s feed more similar to TikTok.

Bringing Reels, the company’s quick video feature, from Instagram to Facebook was not going to be enough. Executives were keeping a close eye on TikTok’s moves and were growing concerned that they’re not doing enough yet to compete. During discussions with CEO Mark Zuckerberg earlier this year, they determined that Facebook needed to completely rethink the feed.

Meta announced in February that Facebook’s worldwide daily active users had fallen for the first time from the previous quarter. At the time, the company reported lower-than-expected revenue forecasts. The entire blame was on Apple’s privacy changes and increased competition from rivals such as TikTok. The social media behemoth’s stock dropped nearly 20% as a result.

Facebook is also working on relocating a user’s Messenger Inbox to the top right of the app. This can effectively result in undoing the split between Facebook and Messenger.

After Facebook eked out user growth, the company’s shares eventually recovered in April. However, that may not be enough to fund chief executive Mark Zuckerberg’s Metaverse vision, on which the company has already spent $10 billion. 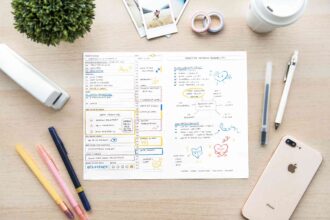 Apps That Will Help You Stay Organized, Prioritize & Secure at University